Patan city is one of the most beautiful and historical place to visit .Patan city has got the  glorious complex of buildings and monuments is the most vivid exhibition of seventeenth and eighteenth century Newari architecture in the Valley.The ancient name of Patan city  is also known as Lalitpur, meaning city of beauty. It is indeed patan  city  has  beauty and grace and is planned on a circular format with Buddhist stupas at each of the four points of the compass. The city is three kilometers south-east of Kathmandu across the southern bank of the river Bagmati. Like Kathmandu, its most photogenic centre of attraction is its Durbar Square complex, situated right in the middle of the market place. The city is full of Buddhist monuments and Hindu temples, with fine bronze gateways, guardian deities also and wonderful carvings. Noted for its craftsmen and metal workers, it is also known as the city of artists. The city is believed to have been built during the reign of Vira Deva in 299 A.D.

Indian influence is very strong. Enjoy it on a walking tour.This fine multi-storey temple is the oldest existing one in Patan; it is dated 1392, and noted for its exotic wood carvings.This three story temple is dedicated to the Rain God Machhindranath. It is dated 1673. The temple's four finely carved doors are guarded by Lion figures. With gleaming two- storey roofs, this rectangular Buddhist monastery is one of the best known sculptures in the Valley. Its elaborately carved wooden struts are the oldest features like that in the valley. These four stupas were built by the Indian Emperor Ashoka, when he came to the valley spreading Buddhism 2,500 years ago. Only the remains can be seen today. Some of Patan's more important mounments are as follows:

Patan Durbar Square- This whole square is a cluster of fine pagoda temples and stone statues; it is at the same time the business hub of the city. At every step one comes across a piece of art or some images of various deities, testifying to the consummate skill of Patan's anonymous artists. The ancient palace of the Malla kings and the stone waterbaths associated with various legends and episodes of history are especially interesting to visitors. The stone temple of Lord Krishna and the Royal Bath (Tushahity) with its intricate stone and bronze carvings are two other masterpieces in the same vicinity.


Hiranya Varna Mahavibar-This three-storeyed golden pagoda of Lokeshwar (Lord Buddha) was built in the twelfth century A.D. by King Bhaskar Varma. Located in the courtyard of Kwabahal, this temple belongs to a class of its own. A golden image of Lord Buddha and a big prayer wheel can be seen on the pedestal of the upper part of the Vihar while intricate decorative patterns, worked out on its outer walls, add charm to the mellow richness of the shrine.

Kumbheshwar-This is a five-storeyed pagoda-style temple of Lord Shiva. Inside the courtyard is a natural spring having its source, it is said, in the famous glacial lake of Gosainkunda. This temple was built by King Jayasthiti Malla while the golden finial was added later in 1422 A.D. He also cleaned the pond near Kumbheshwar and installed various images of Narayan, Ganesh, Sitala, Basuki, Gauri, Kirtimukh and Agamadevata around the pond and in the courtyard. Ritual bathing takes place here every year on the day of Janai Poornima.


Jagat Narayan-The Jagat Narayan temple is a tall Shikhara-style temple consecrated to Lord Vishnu. The temple is built out of the red bricks on the bank of the Sagmati at Sankharnul and enshrines many stone images. The fine metal statue of Garuda placed on a stone monolith is quite eye-catching along with similarly placed images of Ganesh and Hanuman.
The temple of Mahaboudha is a masterpiece of brick and tile. Like the Krishna Mandir, it reveals an art tradition which evolved outside of Nepal; it also shows that the native craftsmanship of the Nepalese can do proper justice to any art form. This temple was built by Abhaya Raj, a priest of Patan and is sometimes referred to as the temple of a million Buddhas because every single brick depicts a small image of Buddha an astonishing total of nine thousand bricks. It was levelled to the ground in the great earthquake of 1933 but was rebuilt exactly to the original specifications, thus proving that templecraft is still one of the living arts of Napal.


Krishna Temple-The temple of Lord Krishna holds a commanding position in Patan's palace complex. Though its style is not wholly native, it is reckoned to be one of the most perfect specimens of the Nepalese templecraft. The three-storeyed stone temple continues to elicit high praise from lovers of art and beauty. It was built by King Siddhi Narasingha Malla in the sixteenth century A.D. Most of the important scenes from the Mahabharata and Ramayana epics have been carved in bas-relief. The minute details of this relief work clearly show the high level that the art of stone carving had attained in the sixteenth century.

that templecraft is still one of the living arts of Napal.

Rudra Varna Mahavihar-This is one of Patan's oldest Buddhist monasteries. Adjacent to the monastery there is a temple that contains a fine image of Lord Buddha. The courtyard of this temple is like a gallery of different bronze and stone art works.

Popularly believed, though not scholastically endorsed, to have been built by Ashoka, the Buddhist Emperor of India, these stupas stand at four different corners of Patan giving the whole city a monastic character. All these Buddhist mounds were built in 250 A.D. at the time when Buddhism was making headway to the Kathmandu Valley.

Machchhendranath-The temple of Machchhendranath is another centre of attraction in Patan. The temple lies in the middle of a wide spacious quadrangle just at the outer rim of the market place. A fine clay image of Avalokiteshwar or red Machchhendranath is housed here for six months every year after which it is taken round the city of Patan in a colourful chariot festival beginning in April-May and lasting sometimes for several months, (see festival section).

The Tibetan Camp-An attraction of a different kind is the Tibetan Camp on the outskirts of Patan. The small Tibetan population living here has set up a number of shrines and stupas as well as several souvenir shops offering authentic Tibetan handicrafts such as prayer wheels of wood, ivory, silver or bronze, long temple horns made of beaten copper, belt buckles, miniature thunderbolts and jewellery. In this area, one can also see the Tibetans weaving carpets by hand.

Under Construction
This is homepage design only
Once this design is approved we will start working on other sections. 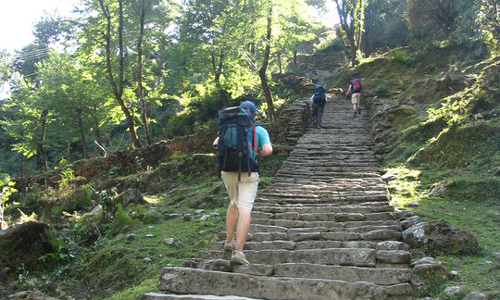 Nepal, the paradise of all the trekkers, Trekking in Nepal is whole natural thi 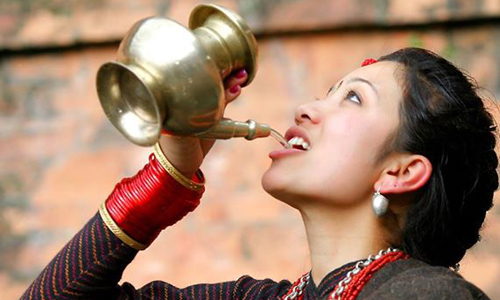 Nagarkot, Dhulikhel and the Nagarjuna Hills are close in to Kathmandu locations 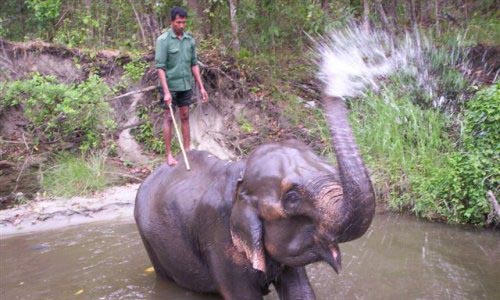 It is one of the popular sight seeing package. We have 3 beautiful cities of Nep

Day 01: Kathmandu - Paro
We will transfer you the Kathmandu airport to take t